Part 2 of the Embracing My Blackness series.

The second person in the “Embracing My Blackness” series is Faith Gamble. Faith is a third-year student studying New Media and Communication Technology at Ohio State. Though she hails from Cincinnati, she shared that she began to view her Blackness through a different lens while in Columbus, Ohio than she did when in her hometown. We also discuss how she went from wishing she was Caucasian as a child to finding pride in her Blackness in young adulthood.

When you were growing up in Cincinnati, did race play a big factor in your life?

When I was very young, it played a factor. My elementary school was predominantly white. In my neighborhood where I lived with my grandma, in a nicer suburb Sharonville, all her neighbors were white. There were no other Black kids in the neighborhood to play with; my best friend was white. So I specifically remember, you know how you go to the mall and they have the wishing fountains? I remember one day I wished I was White. I literally threw a coin in the fountain and wished I was White. I was like “Everyone else is white except me and my family around here.” This was before I was going to see my dad more, he lived more in the hood. I didn’t get to experience that until I was a little bit older.

I didn’t feel like I fit in (in my elementary school). No one really treated me bad. I didn’t experience too much racism growing up, which was good. I feel like we were all kind of oblivious to it. Living in Ohio, we’re more split. So it’s not really that big of a factor here unless you’re in some different cities.

I know growing up, I really wanted to be White. I even thought [laughs] my grandma was White for while. I remember we were going somewhere and I was like “Well grandma can’t come, it’s only for Black people,” and she was like, “What are you talking about?” I’m like “You’re light-skinned!” and she’s like, “Okay but I’m Black,” and I was like, “Oh.”

My family never really had that conversation with me growing up so I kind had to figure everything out by myself.

Would you say that now you’re proud to be Black? If so, was there a moment that made you feel proud?

Coming to college definitely made me more proud to be Black. Once I went to middle school, all the elementary schools came together. We had a mixture of races: a lot of Hispanics, Asians, Blacks, Whites, we had everybody. I was proud to be Black (in middle school), but it wasn’t something me and my friends talked about really. Race wasn’t a big factor that we would talk about but I feel like coming to Ohio State and meeting people from different areas of where racism is more heavy and seeing them be more proud about their race made me want to be a better, powerful Black woman. It makes me want to be there more for my culture and my Black people.

When people talk about Black issues and Black empowerment, do you ever feel excluded in any way because you’re a woman?

I feel like when we’re having conversations about police brutality and mistreatment, Black men are definitely more of a subject than Black women. People automatically say “he” or “him” and won’t use the pronouns “she” or “her” or “them” even. It’s kind of more altered towards them. Especially with police brutality, there’s still a lot of names that people don’t know about with women who have been suffering and other stories that aren’t brought to the light because Black men are more targeted and looked down on more by society. I feel like other races may think we’re complaining about something; they think of black men and all the bad things they think these men bring to society. But if you change the subject and ask them if they think the same way about Black women, people would definitely be like, “Oh no, Black women, they aren’t that bad. They may have a little attitude or something but they’re not as bad as Black men.”

Yes. Now we’re juniors in college and thinking about the workforce and stuff. In the workforce, I’m definitely more concerned, being a Black woman, to get a job in a high position. With Black men, at least they’re a man. Usually you think of a man running a company or starting their own business or something, you don’t really think of women doing that unless it’s a baking restaurant or something. I know just by talking to different people who are in high positions at companies.

I got this advice last week at a meeting with a Black woman, she said if you go to an interview, have a neutral hairstyle. She said don’t wear braids, don’t do an afro, do something simple and after you’ve been working there for a couple of months and they start liking you, then you can wear what you want. I feel like that’s not fair. I don’t know specifically what companies, but I know even schools don’t allow afros or locs; different things that are a part of our culture. It’s our hair. It’s a way we express ourselves. We definitely should not be looked down upon or thought of differently because we want to wear our hair a different way. As Black women, we’re so versatile. We want a different hairstyle every week just because we can, like why not? I feel like other races don’t really get that.

I think Black men definitely play a role in stereotypes associated with Black women. Just being friends with a lot of Black men, they often say, “You have a loud mouth,” “You have always have an attitude,” or “That’s why I like White women because they just go with the flow.” I know they’re not thinking the comments are harmful but it’s definitely something they really need to think about.

I had a class this semester and a lot of Black football players were saying they love Black women but they like other races more because “They’re easier to deal with,” “They’re less drama,” and (the Black men) can run the relationship without worrying about competing with them. They were saying when they date other races they’re more heard and in control. I feel like Black men need to respect Black women more. They think we’re difficult to deal with because we remind them of their mothers. We don’t take anything, you can’t get anything by us. We’re not easy to deal with, just like other people, because no person is easy to deal with. But they really think we’re impossible to deal with so they rather just date other races whom they think they have less morals. They want to connect with them more, when they’re really just missing the whole experience of Black women. If you treat us right and respect us, we’re not going to be difficult to be in a relationship with.

On campus, being Black and being a woman, how do you find a sense of community and affirm that you deserve your spot as a student at Ohio State?

For the Council of Black Students in Administration, though it’s not only women, right now our E-Board is all women, which is fantastic. I feel like we’re a really powerful group. Even though we kind of all know each other, we work really good together. Coming to meetings this year, versus previous years, the organization itself is more organized. We’re getting a lot more feedback and opportunities. We’re getting a lot more people to come speak to us as well. Even in the Black Student Association, Brooklyn (a Black woman) is president. When women get in high positions, we care more about improving our organizations than just working for ourselves. 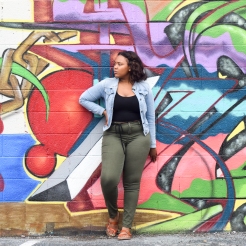 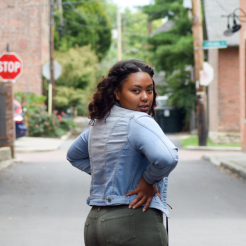 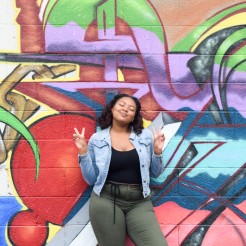